The MINI brand partnered with the band Superbus to promote the group’s latest album Sunset as well as one of the songs named after the brand. Our idea was to create a Blind Test campaign to answer questions relating to the album.

The campaign lasted two weeks and 36 lucky winners were awarded VIP passes to one of six concerts on Superbus’s tour, including Bordeaux, Lyon, Lille, Paris, Marseille and Toulouse. 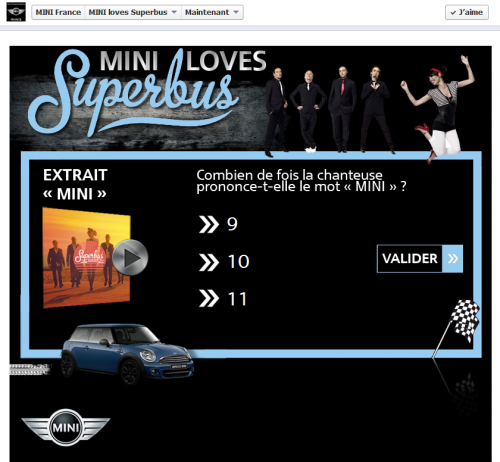 STAY CONNECTED WITH OUR NEWS ALL THE TIME

I would like to receive the selected content by email twice a month. Only my email will be used, by SOCIALSHAKER, and I can unsubscribe at any time via the link in the newsletter.