We are very happy to announce that Socialshaker is joining Facelift.

We are now part of one the leading Digital Marketing company in Europe.

Socialshaker has been bootstrapped  as a SAAS company and later received the support of Georges Klenklé, another entrepreneur who co-founded Degetel Group. Over 60 000 users have registered since our launch in France in 2011 and tens of thousands of marketing campaigns have been launched.

All our team is very proud to have changed the game for thousands of brands by enabling them to launch a digital campaign in just a few clicks.

We are now ready to go one step further and will now accelerate our deployment across Europe with the support of the Facelift team.

The decision to join forces has been very natural as both companies share a similar DNA : Facelift brand building technologies GmbH was founded in Hamburg, Germany early in 2011, by Benjamin Schroeter and Teja Töpfer. Facelift currently has around 150 employees and more than 1,000 well-known customers, including many global brands.

The Hamburg-based technology company is today one of the fastest growing SaaS companies in Europe. Its founders fully understand Socialshaker’s value proposition and see a great potential in our model for the years to come.

« With Socialshaker, Facelift can complete its product offering especially for SMB clients. This is a very attractive segment for us and we are fully committed to provide all resources that help Socialshaker to continue building great software. Furthermore, we see great potential for Socialshaker beyond the French market. We will therefore leverage our international reach to bring the Socialshaker Suite to other countries in EMEA » , says Benjamin Schroeter, Co-founder and CEO of Facelift.

For our customers this announcement means that our solution will only get better. « Socialshaker will remain an independent brand and product – but has now the power and backing of much larger parent company » says Teja Töpfer, Co-founder of Facelift.

All the Socialshaker team is today joining Facelift, and we are still hiring!
So if you want to join one of the Leading European Social Media Company send us your resume : join.us[at]socialshaker.com 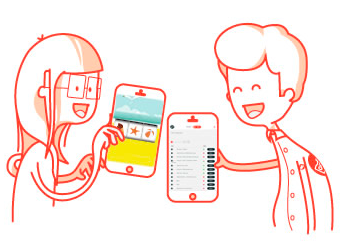